Based in Kansas City, Kansas, Michael D. Schoenfeldt recently concluded his tenure as the commander of an armored brigade combat team with the United States Army, bringing an end to a 20+ year career of strategic military leadership. He previously spent time as a battalion commander and as the chief of staff and deputy commander for a brigade consisting of over 3,500 personnel. Michael D. Schoenfeldt has routinely served in positions necessitating the oversight of thousands of personnel spread across distinct divisions, as well as military equipment and operating budgets in excess of $160 million.

Mr. Schoenfeldt studied history at the University of Kansas, earning his bachelor of science in 1998. He continued his education at Kansas State University in Manhattan, completing a master’s program in adult, occupational, and continuing education in 2010.

More recently, Michael D. Schoenfeldt concentrated on supply chain management as part of a national resource strategy program at the Dwight D. Eisenhower School for National Security and Resource Strategy in Washington, DC. He completed the program, earning a second master’s in 2018. 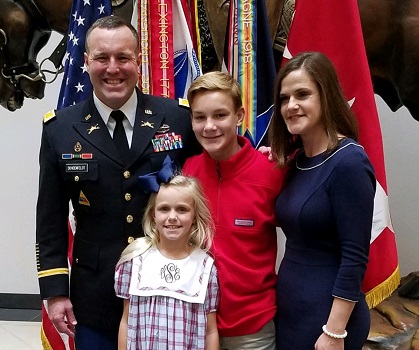